Home  »  Chronicle • Current events • Little Charlie Gard   »   Charlie Gard, so young and yet so known in the whole world 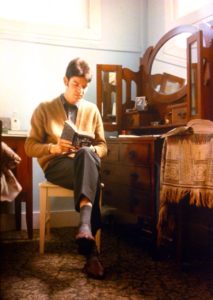 This story has now exceeded every limit. But, then, who tells us, that it is not an all dirty game to cheat people, to abuse them of their sentimental feelings? And not only. Who gets the advantages in this discriminatory and suspicious story? Let’s see.

3)      The parents of the child. Someone, perhaps, offered them a lot of money as long as they were agree with the game and kept their mouth shut.

4)      Politicians holding millions, if not billions, of people out of breath all throughout the planet: it is a great success for them, isn’t it?

5)      Christian religion in general and the Church of Rome in particular.

6)      Charlie Gard is already famous, even if he doesn’t know it, all over the world, and what did he do to deserve it?

Who loses in this smoky-dirty matter?

9) Certainly not the queen, not the state, not capitalists, not journalists, loses who pays the bill. And who pays the bill? Those who, wrongly or rightly, have always paid it: the workers.

10)    There’s anathor loser in this horror story, and this is little Charlie: who is the responsible for all his silent and suffering pains?

On the other hand, we ask ourselves, why make so much noise for a child who, according to doctors, he cannot be saved? There are millions and millions of children in the world who are dying of hung and are in good health, in a good shape and with a great desire to live, and yet, for them nothing is done, while for Charlie Gard, is doing all what could be done. Why so much discrimination among children who have a natural and social right to live?

And if Charlie’s story is true, why the the British don’t allow him to be brought and cured in the United States? Perhaps the British medical science is afraid to confront itself with the American one, because if the child would be cured in the USA, the English will be disgraced for centuries to come.

Let’s suppose now that medical science could save Charlie Gard from his genetic disease, would this be a victory (surely for him and his family yes) or a human defeat? How many children, then, in the world should be given the same chance and the same attention that has been given to Charlie and this whenever an unknown illness attacks them? And what about all those children who are ill with well-known illnesses and yet are not cured?

In any case, and this is my position, if I could use all the money, the time, the energy, together with all that brain stuff that has been used in this affair till today, say on one side Charlie and on the other side the starving and ill children around the world, well, I’m sorry, but I wouldn’t hesitate to follow Brentham’s maxim: “the greatest happiness of the greatest number”. Am I a cynic? Probably for the reader, I see myself as a humanist.

And so on and so forth.

For me, in all this social insanity, carnival and hysteria, there is something that stands out clearly: I see a monstrous and terrifying quid in the heart of the English state. Hamlet was wrong. It was not in the state of Denmark that there was something rotten, but it was, and still is today, in the English state.

We live in a wicked and decadent world, a world full of human manipulators, and the more we go up to the top of the social pyramid, the more weird people we find, they are all nonhuman, false and hypocritical. Their only god and their only ethic is to keep their power and their wealth, the rest, for these people, does not exist or, if it exists at all, it exists only to be exploited and subjugated to the utmost.

If you believe in what you’ve just read, then share this post with as many people and groups as you can. Thank you.