“Einstein published, in 1905, his famous articles in the scientific journal ‘Annalen der Physik’ , where only a few scientists and with difficulties could understand something; I publish my articles on the Web, on Facebook, on Twitter and anyone, given their scientific simplicity and reality, can read and understand them in the whole world”.
Read More 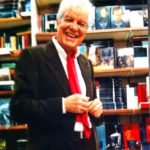 The Ghosts of youth  From chapter 2 till chapter 6. I repeat what I said in the first post: No one italian publisher liked “A child from South Italy”. It is, so to speak, an orphan. I am looking for a publisher. Your opinion, whatever it is, is important for me. Thank you.   A
Read More

Francis Sgambelluri A Child from South Italy A Novel   Here is my first novel published on the Web in English, “A child from South Italy”, translated from the Italian by Joy Elizabeth Avery. She has done all her best and put all her soul and heart into the work. I am very
Read More
(I’m sorry if the translation is not perfect, I only hope it is understandable, thank you) Not yet born and is a star already. Just born, a super star. She will become, when she’s an adult, a goddess and as such will admire the destruction of countries like Iraq from those who have always beaten
Read More
Introductory Salutation  These posts on the “art of dying”, (and let’s make it clear from the start that there can’t be an art of dying if there isn’t an art of living, and vice versa), are designed to supply what our schools are incapable of giving us: namely an education which is both illuminating and
Read More